In September 1965, Guaraldi recorded the soundtrack to 'A Charlie Brown Christmas' along with bassist Fred Marshall and drummer Jerry Granelli. Without the music this Peanuts episode wouldn't have ever had the impact that it did.

It is one of the best selling Christmas albums and it introduced jazz to millions of listeners. 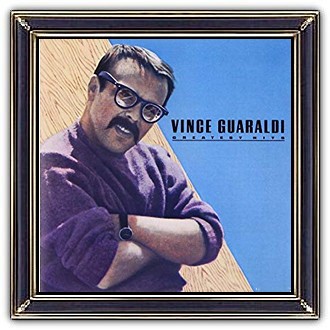 Vincent Anthony Guaraldi (July 17, 1928 – February 6, 1976), born Vincent Anthony Dellaglio, was an American jazz pianist noted for his innovative compositions and arrangements and for composing music for animated television adaptations of the Peanuts comic strip, as well as his performances on piano as a member of Cal Tjader's late 50s ensemble and his own solo career which included the radio hit Cast Your Fate to the Wind.