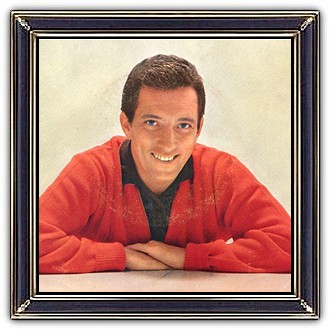 Howard Andrew Williams (December 3, 1927 – September 25, 2012) was an American singer. He recorded 43 albums in his career, of which 15 have been gold-certified and three platinum-certified. He was also nominated for six Grammy Awards. He hosted The Andy Williams Show, a television variety show, from 1962 to 1971, and numerous TV specials.

The Andy Williams Christmas Album (1963) is his first Christmas holiday album and it would prove to be the first of eight released by Williams. Though it was also the album that introduced Williams' perennial holiday classic "It's the Most Wonderful Time of the Year".