At first glimpse the meaning of the front cover might be quite confusing. You need the album title 'Reflection' for the first hint. But only when you unfold the album you'll 'get the whole picture'.

The inside gatefold shows the band with other trivia of the album. The photo is finally used for the remastered edition. 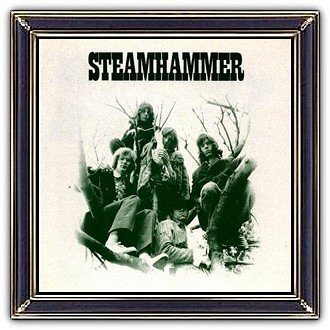 Steamhammer was an English blues rock band from Worthing, England, whose origins were with the blues. The band was founded in 1968 by Martin Quittenton (guitar) and Kieran White (vocals, guitar, harmonica). The first stable line up consisted of Quittenton, White, Martin Pugh (guitar), Steve Davy (bass), and Michael Rushton (drums).