The front cover shows a lamp, a fridge and a vacuum cleaner. These 'Three Imaginary Boys' refer to the 'nameless album title' and the 'nameless' title track (B-side - track12). The actual song titles do not appear on the release itself. In fact a start of a puzzle which continues on the back, the inner sleeve and the vinyl labels. 11 Nameless tracks are represented by 11 random images on the back artwork. And to complete the confusion: there is a 13th track on the album without an image at all. So, what the Cure would do next wasn't entirely obvious to the listener of this album, but there are some definite hints.

To solve the 13 track-puzzle some copies show a pink round sticker on the front sleeve, mentioning the song titles. Compare them with the images on the back.

Note: Fire in Cairo - this image represents the Cure's next Album (1980) 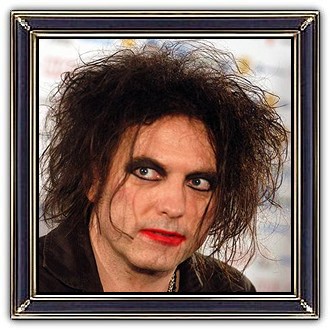 The Cure are an English rock band formed in Crawley, West Sussex in 1976 with vocalist, guitarist and principal songwriter Robert Smith being the only constant member. Their debut album Three Imaginary Boys in May 1979, placed the band as part of the post-punk and new wave movements. During the early 1980s, the band's increasingly dark & tormented music was a staple of the emerging gothic rock genre.

After the release of Pornography in 1982, the band's future was uncertain. Smith was keen to move past the gloomy reputation his band had acquired, so began to place a pop sensibility into the band's music and helped the Cure to a global success which lasted until the mid 1990s. The band sold 27 million records wordwide.