Elton John was known for his rather elaborate or lavish packaging of his albums but Captain Fantastic and the Brown Dirt Cowboy may well have topped all previous releases. This autobiographical album tells the story of Elton John and Bernie Taupin's struggling years as songwriters, leading to their success in 1970.

The title song portrays the two of them in comic book format, describing their different backgrounds and tells how they became the amazing song writing team that they are.

The original LP also contained a poster of the album's cover. These were all reproduced, in smaller versions, for the 2005 Deluxe Edition CD.

You could spend an hour looking at all it contains. Elton and Bernie and the band are all there, along with lots of other psychedelic creatures.

While the outside of the sleeve was created in a beautiful pop art styling, the inside of the gatefold is relatively simple. It shows photos of Elton John, Bernie Taupin and the band, the track lists and credits of the album.

Due to this great contradiction and the absence of inter-connection, it is actually disappointing.

The original LP included a 'Lyrics' booklet, curiously beginning with a lyric for 'Dogs in the Kitchen' that was never completed and not on the album's line-up.

There was also a second booklet called 'Scraps', which collected snippets of reviews, diary entries and other personal memorabilia of John and Taupin during the years chronicled on the album. 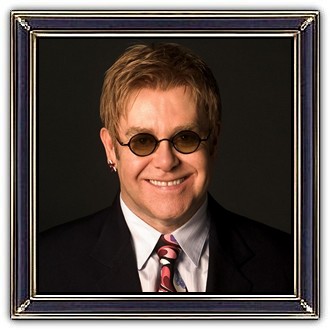 Sir Elton Hercules John, (born Reginald Kenneth Dwight; 25 March 1947) is an English singer, songwriter, and composer. He has worked with lyricist Bernie Taupin as his songwriting partner since 1967; they have collaborated on more than 30 albums to date.

In his five-decade career Elton John has sold more than 300 million records, making him one of the best-selling music artists in the world. He has more than fifty Top 40 hits. His single Candle in the Wind (1997) sold over 33 million copies worldwide and is the best-selling single in the history of the UK and US singles charts. Elton John has also composed music, produced records, and has occasionally acted in films. He also became famous for his enormous and remarkable collection of (weird) glasses.