Bowie actually took boxing lessons for a brief period in the ’70s. 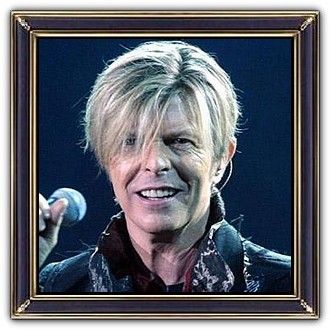 David Robert Jones (8 January 1947 – 10 January 2016), known professionally as David Bowie, was an English singer, songwriter, multi-instrumentalist, record producer, arranger, painter and actor. Bowie was known as an innovator, particularly for his work in the 1970s. His androgynous appearance was an iconic element of his image, principally in the 1970s and 1980s. Bowie's first hit song, Space Oddity, reached the top five of the UK Singles Chart after its release in July 1969. He re-emerged in 1972 during the glam rock era with the flamboyant, androgynous alter ego Ziggy Stardust.

His last album Blackstar was released on his 69th birthday, two days before his death (cancer). Bowie has sold an estimated 140 million records worldwide.