The album-art-illustration by Kelly & Mouse of the front cover, reveals a lot of power. Not only because of the chosen colours and the flaming horse which seems to be at full speed. The illustration has far much more power than 'one' horsepower. Find the almost hidden (naked?) woman and you'll understand what I mean.

The lettering was created by Sam Shepard. Also full of power on the front cover but very boring on the back cover. Photography by David Stahl (inside). 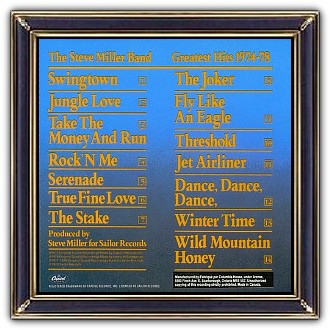 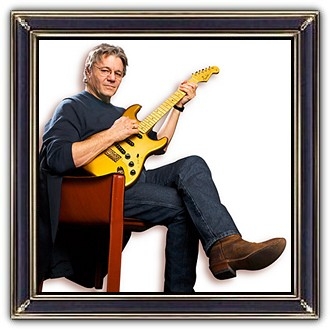 The Steve Miller Band is an American rock band formed in 1966 in San Francisco, California. The band is managed by Steve Miller on guitar and lead vocals, and is best known today for a string of (mainly) mid-1970s hit singles. In February 1968, the band recorded its debut album Children of the Future.

The Steve Miller Band’s Greatest Hits 1974-1978, released in 1978, sold over 13 million copies. They continued to produce more albums and in 2014, Steve Miller Band toured with the rock band Journey. In 2015, Steve Miller was nominated as a solo artist for the Rock and Roll Hall of Fame.