The front cover, a painting created by Ken Kelly, is powerful and demanding. 'I will rise in spite of turbulence!' 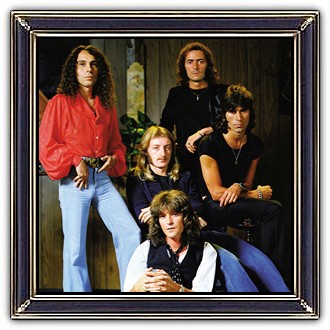 The band's early work primarily featured mystical lyrics with a neoclassical metal style, but went in a more streamlined, commercial direction after the departure of Dio. The band has sold over 28 million albums worldwide. A limited number of European appearances have been announced by Blackmore for the summer of 2016.