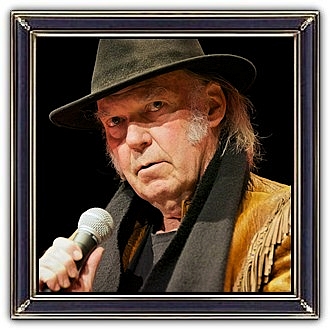 Neil Percival Young, (born November 12, 1945) is a Canadian singer-songwriter and musician. He began performing in a group covering Shadows instrumentals in Canada in 1960, before moving to California in 1966, where he co-founded the band Buffalo Springfield and later joined Crosby, Stills & Nash in 1969. He released his first album in 1968 and has since forged a successful and acclaimed solo career.

Young's music is characterized by his distinctive guitar work, deeply personal lyrics and characteristic alto or high tenor singing voice. While Young has experimented with differing music styles throughout a varied career, including electronic music, most of his best known work is either acoustic folk-rock and country rock or electric, amplifie.