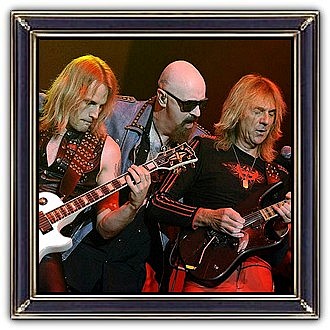 Judas Priest are a British heavy metal band formed in Birmingham, England, in 1969. With British Steel (1980), when they adopted a more simplified sound they reached the rock superstar status. Their influence, while mainly Rob Halford's operatic vocal style and the twin guitar sound of K.K. Downing and Glenn Tipton, has been adopted by many bands. Their image of leather, spikes, and other taboo articles of clothing were widely influential during the glam metal era of the 1980s. Their British Steel album has been referred to as the "record that, more than any other, codified what we mean by 'heavy metal'.