Atlantis features some really stunning artwork that depicts the story of the greedy and corrupt island of Atlantis, which is destroyed by the four elements: earthquakes represent Earth, volcanoes represent Fire, volcanic gases represent Air and finally the island is inundated by Water.

If you get the original LP you get treated with even more stunning artwork on the inside of the album / cover. 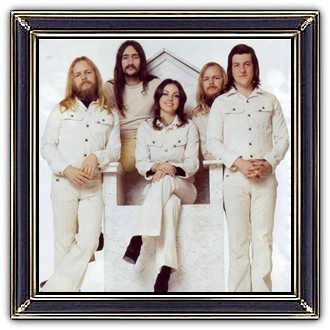 Earth and Fire were a progressive and symphonic rock band who over time evolved into a pop group. Formed in the Netherlands by twin brothers Chris and Gerard Koerts, and most popular in the 1970s when fronted by singer Jerney Kaagman.

The band started to include the Mellotron and synthesizers to their keyboard setup (as well as the Hammond organ, which they used from the beginning), as well as including a side length epic. Earth and Fire had many chart topping hits in the Netherlands and elsewhere in Europe, though they never gained much popularity in England or the Americas. Their biggest international hit was Weekend. The early albums Atlantis (1973) and Song of the Marching Children (1971) are recommended.